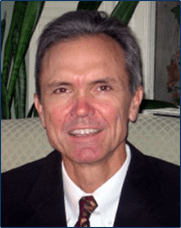 As the former Collin County District Attorney and former police officer, we understand the strengths and weaknesses of the State’s case in Collin County.

Prosecutors in Texas are relentless. If you were charged with a crime, you want help from an experienced Plano criminal attorney who knows the system and aggressively fights to obtain the best result possible.

Plano criminal attorney J.L. Pierce is a former police officer and Collin County prosecutor. Mr. Pierce works with attorney Tom O'Connell, the elected Collin County Criminal District Attorney for 29 years. He received his law degree at Southern Methodist University's Dedman School of Law. They understand how the other side works and fight hard to protect their clients' constitutional rights.

As a legal team, the attorneys at our firm defend clients in all phases of the criminal process from investigation to trial to appeals, in cases involving:

We assist with JAIL RELEASE , call us today!

If you have been accused of any sex crime, never assume that because you know yourself to be innocent, you will not be convicted. You must take the charges very seriously and engage the services of an experienced sex crimes defense attorney with verifiable success in these difficult cases. Many lawyers refuse to handle sex crimes. Make sure that the attorney you choose is qualified.

Unfortunately, the presumption of innocence doesn’t stand up well in the case of sex crime allegations, especially those involving children. You will usually find little emotional support from family members and friends, and police officers may treat you as if you’ve already been proven guilty. The court of public opinion can be harsher than a court of law, which at least has rules and standards of proof.

The Judge Brett Kavanaugh confirmation hearing has recently highlighted the difficulty in defending sex crimes. The #MeToo movement is real. But fundamental legal principals about due process, the presumption of innocence, and fairness cannot be abandoned. We must always remember that it is when passions are most inflamed that fairness is most in jeopardy.

The idea that a witness “must be believed”, tempting though it may be, must never enter a courtroom where facts not interpretations must remain the guiding light. Contact our firm immediately.

Children sometimes make mistakes. In some cases they are influenced by their friends. In other cases they may simply make a bad decision. Poor judgment should not scar a child for life.

As a defense attorney, J.L. Pierce is committed to giving juveniles a second chance.

As a child or teenager, you can still be charged for alleged criminal actions, but the process is different. If your child has been charged with a juvenile crime, a conviction could prevent him or her from getting into college, getting a job, or getting a driver’s license.

J.L. Pierce a Plano juvenile defense lawyer has been helping families contest juvenile charges in Texas for over 20 years. The priority for juvenile cases is to have all charges dismissed without having to go to court. When that isn’t possible, I have the experience necessary to protect your child’s rights in the courtroom and seal any negative result where possible.

Motions to seal are available to a juvenile’s criminal records. The arrest, detention, prosecution and conviction can be physically sealed, but the process is not automatic. The court reviews several factors, such as the type of case, its disposition, whether there is any new or current charges pending as either an adult or juvenile. The upshot of the sealing of the arrest and prosecution records is that the minor can respond with “no” on applications if asked if she or he has a criminal record.

A second conviction for DWI is a “Class A Misdemeanor.” This grade of offense carries up to a year in county jail and up to a $4,000 fine.

A third conviction for DWI is a “Third Degree Felony,” which carries a penalty of up to ten years in prison and up to a $10,000 fine. That is penitentiary time, not county jail time.

A conviction of any of these also carries a mandatory driver’s license suspension.

No matter the amount of drugs, defenses for drug cases generally fall into three categories:

In the state of Texas, assault charges can result from something as seemingly minor as a threat of bodily harm to someone else, even if no weapon was involved. If you’re facing assault charges, contact Plano assault lawyer J.L. Pierce for help. When these people are family members, the charge will be considered domestic assault. So while it is understood that disagreements between people can sometimes get out of hand and cause them to act in ways they would not otherwise, when such actions result in aggression and harm to others, legal action may be the result. In other words, under Texas law, an individual can be charged with assault even if no physical contact between parties actually occurs.

Additionally, according to Texas criminal law, assault can be charged if someone:

Intentionally, knowingly, or recklessly cause any type of bodily injury to another person (including a spouse or other family member).

Intentionally or knowingly have or cause physical contact with someone else in a way that the person knows or reasonably believes that the contact will be regarded as offensive or provocative.

If you have been charged with a crime in Collin County, Dallas County, or Denton County, contact us or call (972) 423-0331 to schedule a free initial consultation with an experienced Texas criminal defense lawyer.

All cases are screened before representation is accepted. A small case load is emphasized along with employment of the highest quality investigators and consultants.

Court-appointed cases are not accepted

Resulted in NOT GUILTY .

Resulted in NOT GUILTY .

Result: The senior sex crime court judge abused his discretion in denying Appellant's motion for a new trial and was recused. 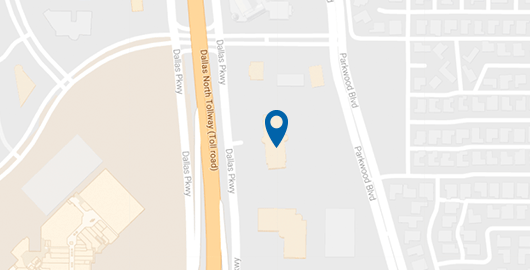